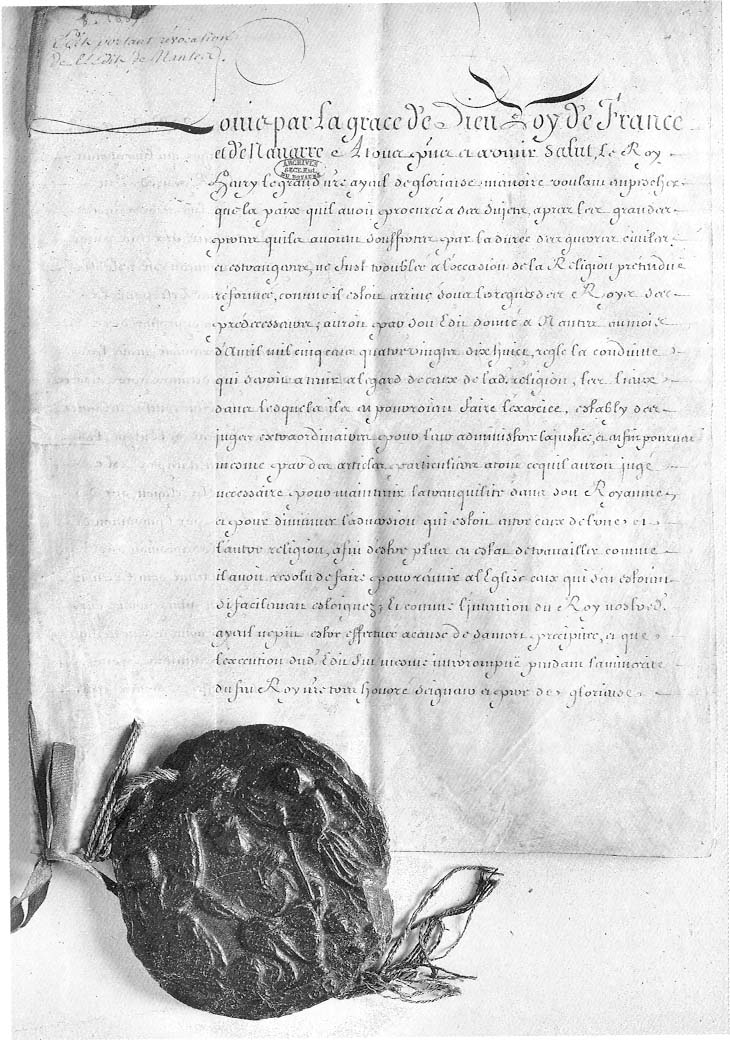 The Edict of Fontainebleau is issued by Louis XIV in October 1685. The edict revokes the Edict of Nantes from 1598 and suspends the religious freedom of French protestants. Tens of thousands of protestants migrate to countries like England, the Dutch Republic and the American colonies.

“we have determined that we can do nothing better, in order wholly to obliterate the memory of the troubles, the confusion, and the evils which the progress of this false religion has caused in this kingdom, and which furnished occasion for the said edict and for so many previous and subsequent edicts and declarations, than entirely to revoke the said Edict of Nantes, with the special articles granted as a sequel to it, as well as all that has since been done in favor of the said religion.”
– The Edict of Fontainebleau (1685)